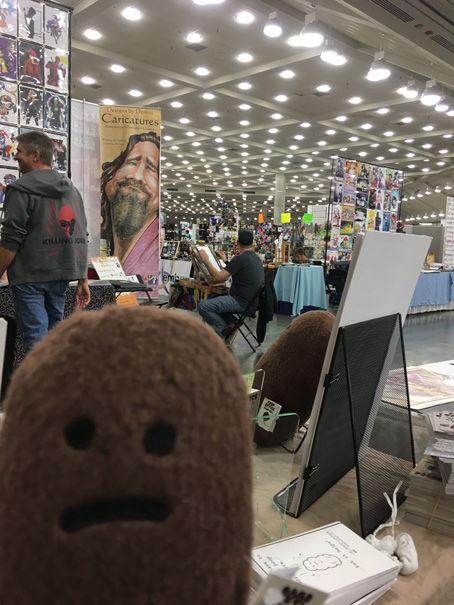 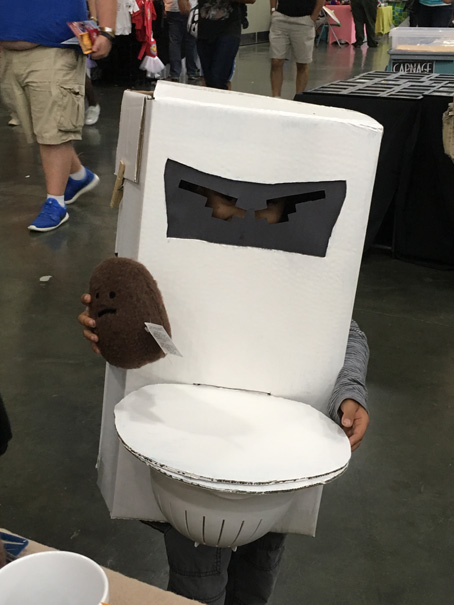 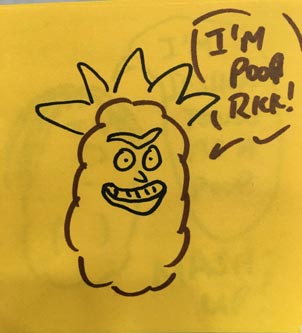 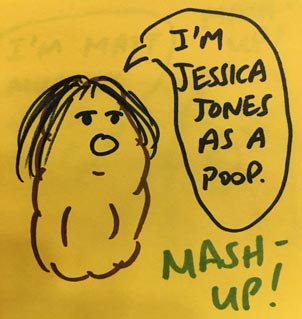 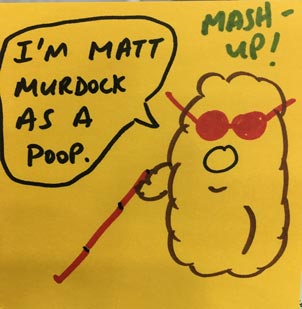 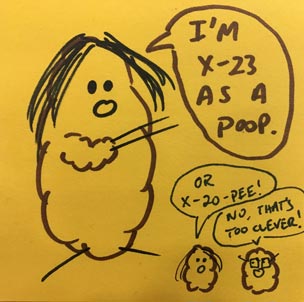 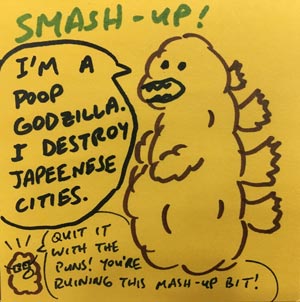 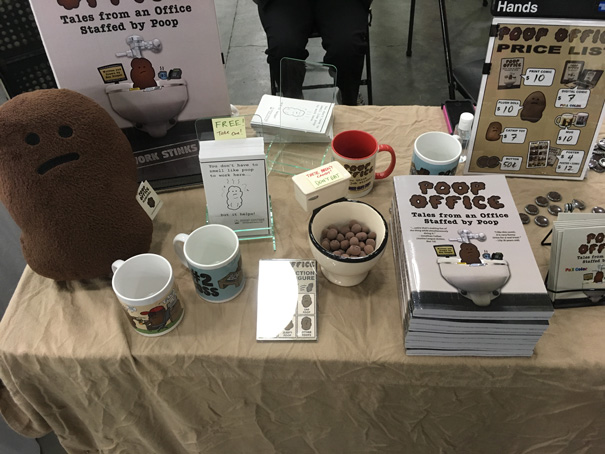 Remember when I announced that I’d moved to the west coast and was going to start going to west coast conventions? That’s still all true, but I also love the Baltimore Comic-Con. That’s why all the poops are going to be packing up and flying back east for this year’s show!

That’s right, this weekend from September 22-24, you can find Poop Office, including the new collection and associated merchandise, in Artist Alley at Table A61. I’m going to be selling the new Poop Office collection for less than cover price, too, to celebrate the big release!

What’s that? You’re more of a visual learner and would prefer a map of some sort? Well, check back… tomorr– Oh wait, I’ve got a map right here. No waiting required! 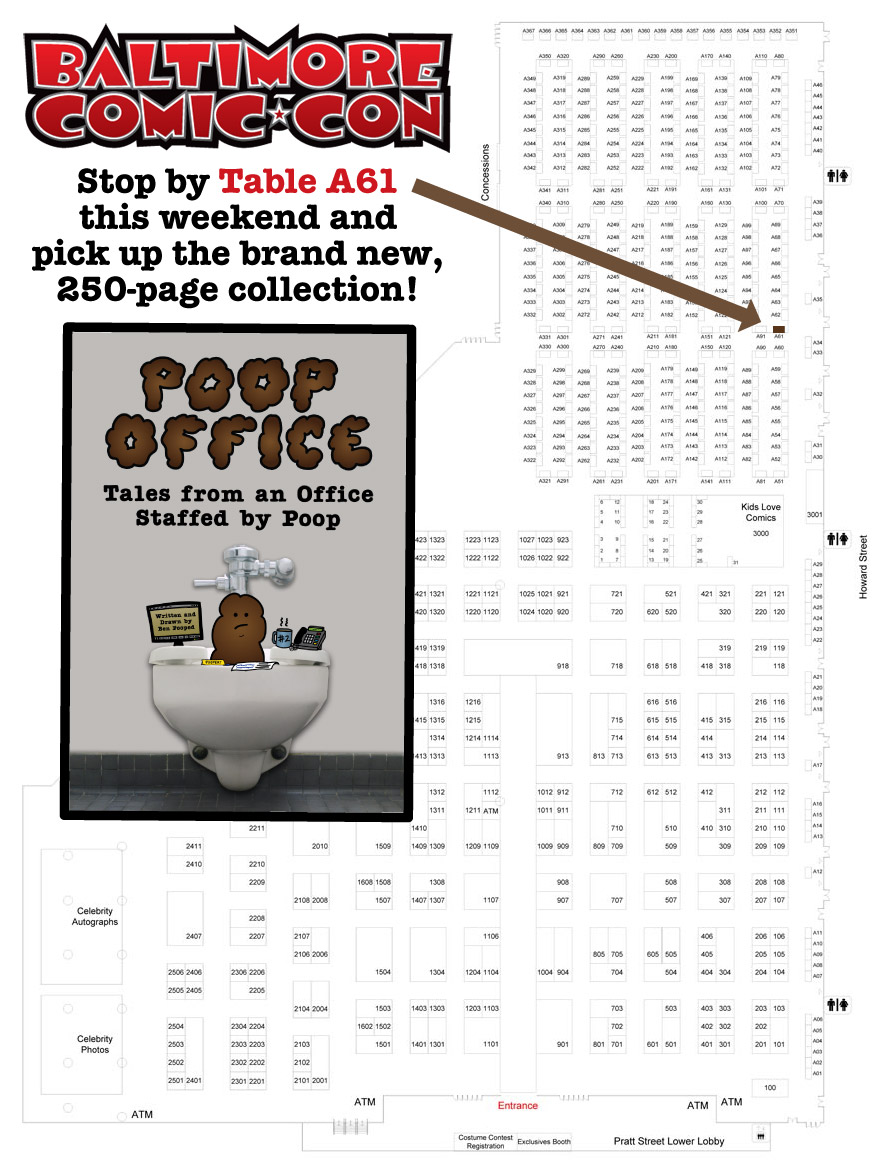 While you’re there, be sure to pick up the Baltimore Comic-Con exclusive crab mallet! It’s probably the only convention that ever sells such a product, so you don’t want to miss out.

And thus concludes the third big announcement of the week! I think this is the last one, but if I think of something else, I’ll let you all know. 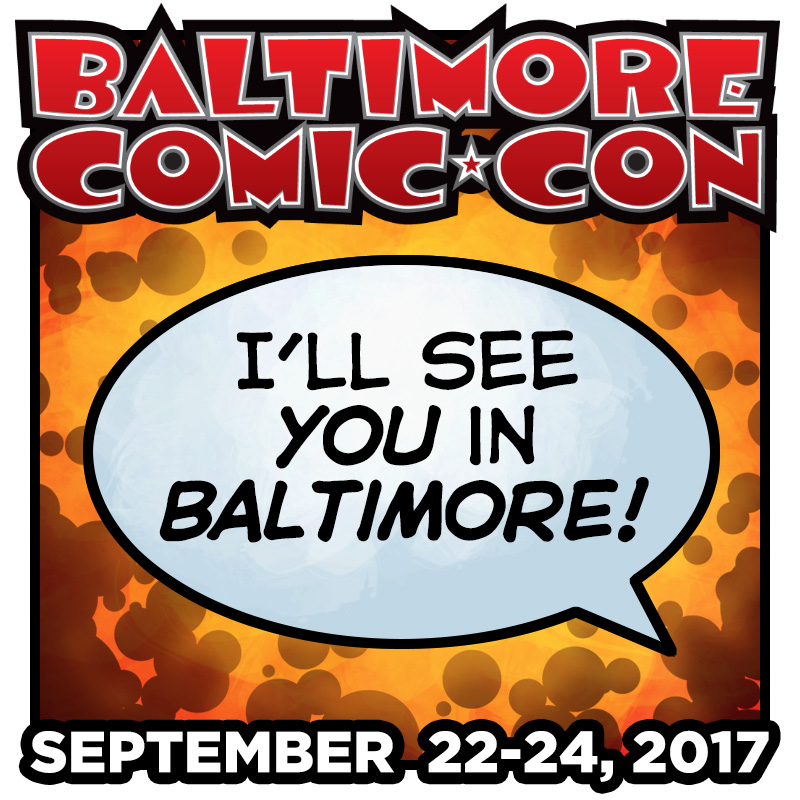 Normally Poop Office makes an appearance in Baltimore Comic-Con‘s Artist Alley, but it was mysteriously absent this past September. What’s going on?!

Well, to put it simply, I moved from the DC/Baltimore area way out to Southern California! With all the stress and commotion of the move, there just wasn’t time to plan for the con this year. 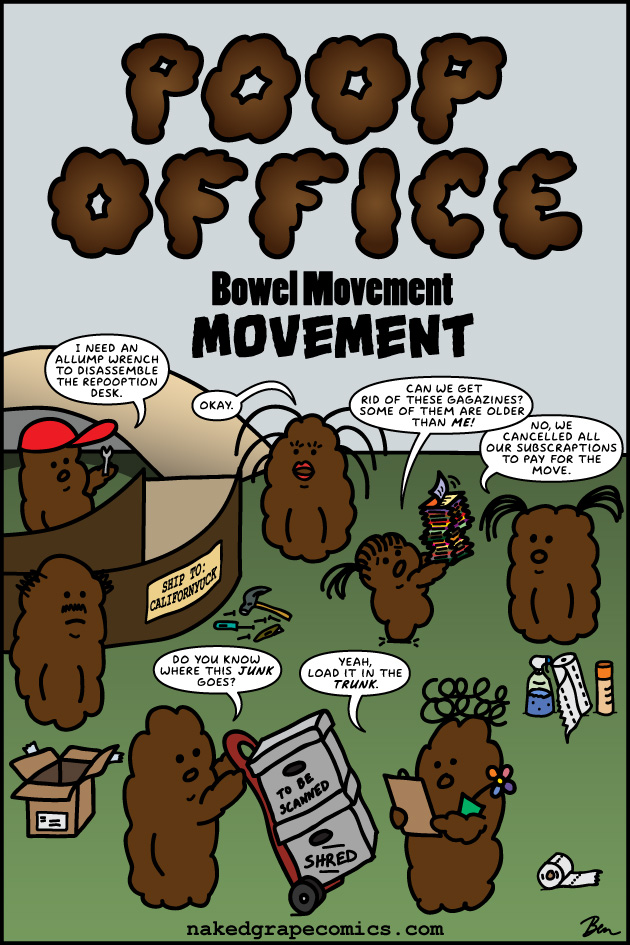 Poop Office is on the move!

Now that the poops and I are settled in this crazy new state, I have tons of stuff in the works for Poop Office. Here are some highlights:

If any of you are on the west coast and know of some great shows that would be a good fit for Poop Office, please contact me by email or Twitter and let me know!

Want to know about an easter egg in the image above that only I care about? I spent about three months in 2015 fixing up the homemade font I use for all my comics, and this is the first chance I’ve gotten to use it! Notice how much cleaner and fancier it looks than the old ugly font used in all my other comics? Probably not. But I do!!

Poopert and the rest of the gang from Poop Office (including me) are back to stink up Charm City this weekend! We’ll all be at the Baltimore Comic-Con at table A70. Stop by and fart hello!