Last weekend came and went, but that’s how it goes in bustling Ontario, California. Comic Con Revolution was super long, though. I think Saturday it went for 10 hours! That’s a new record for sitting in one spot even for me. It was fun, though! Lots of new people to meet and some interesting new experiences to be had.

For example, a Dalek stole one of our Poop Office catnip toys. 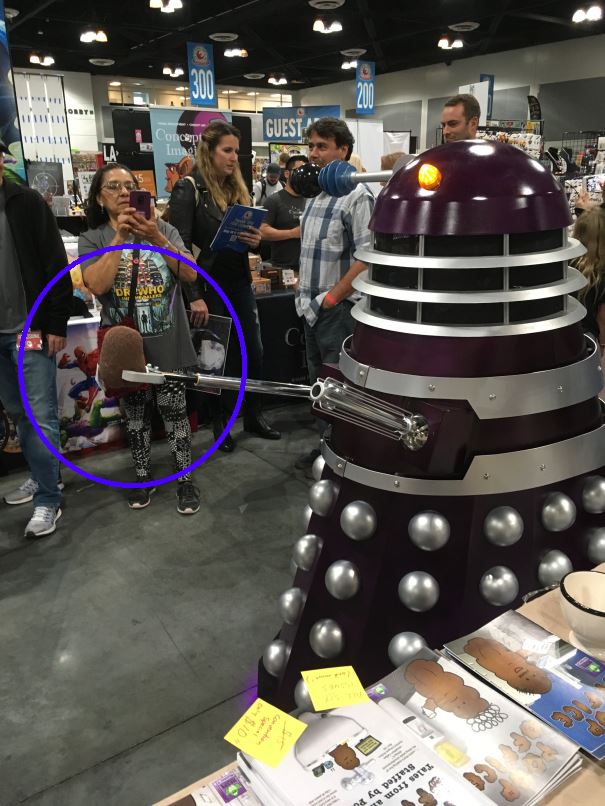 Defecate! Defecate! (I didn’t think of yelling this until after the Dalek left our table, but still)

Another fun event involved the free Poop Office action figures we always give out at our table. 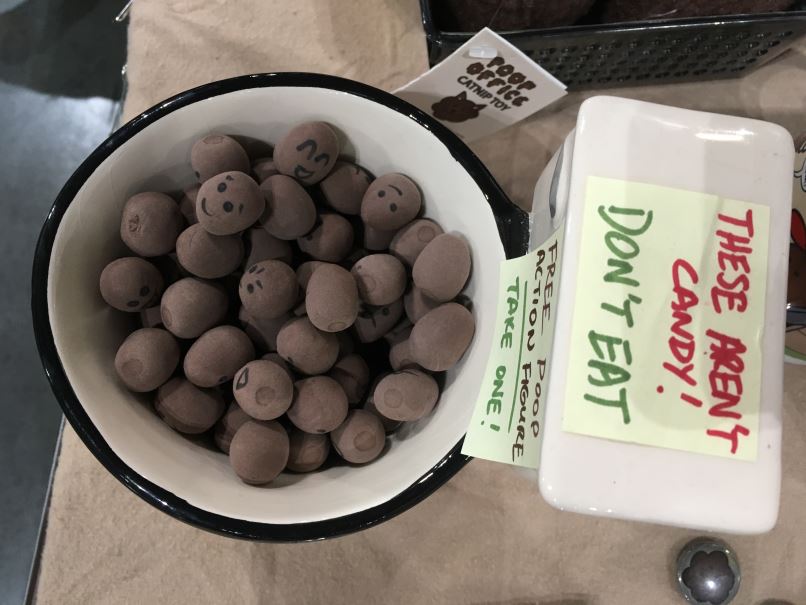 As you can see, they all have different facial expressions drawn on. Kids (and sometimes adults) love to dig through the toilet and pick out their favorite expression. Well, one kid saw these and decided he had to have one of each, so he dug through and had a handful of probably eight or nine. I know we have more facial expressions than that, but I didn’t have the heart to tell him. Maybe he thought they’d be valuable one day. Or he just had that obsessive collector gene we’re all familiar with. He discovered something he’d never heard of before and had to have all of it!

And while usually we only let people walk away with one or two, I let him keep the handful. Don’t get any ideas, though! This was a one-time thing because I was so amused! You only get more than one or two action figures if you amuse me!

The action figures are usually pretty popular, but I think they were an even bigger hit at this convention. We even got some nice comments about them.

Here’s what Ontarians had to say about the rest of our crap.

That’s all for this con report. Until next time, keep poopin’!